Now as with many families we're avid readers.

Given a choice Little Tree tends to read books within an inch of their life for a while.  He then walks away, often only to look through them occasionally and interacts with them more in the manner of someone conjuring a fond memory rather than seeking any specific information.

With that little explanation here's what's being requested this week 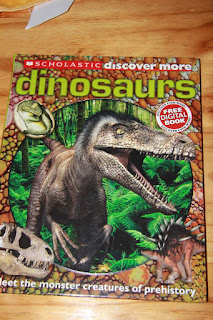 Aunty M went exploring for dinosaur fossils up North and sent Little Tree this wonderful book.
He loves it all. Right now though he is absolutely enamored with the description of the finding and recovery of Sue, who is the most complete T-Rex fossil found to date. 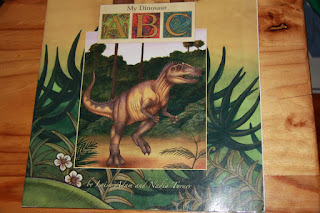 This ABC has beautiful and appealing artwork but I will say the prose does leave something to be desired considering it's aimed firmly at young children.  It rhymes sometimes, other times it doesn't and I don't know for anyone else but I personally find that a bit disconcerting.  I think he does too as interest in this one really seems to come and go in a way that is not common for him 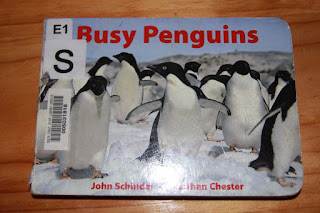 Really aimed at infants and young toddlers but because penguins are sky high in the interest stakes he chose this one, at the library, and had me read it 6 nights running before bed.  Honestly what 3 yr old can walk past splashing, dashing and pooping penguins without a smile. 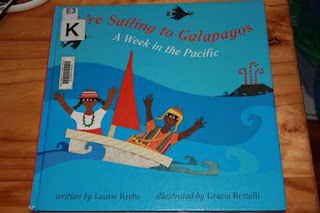 This one is new today but I can tell it's going to be a favorite.  Beautiful Collage style illustration, which has been a favourite of his for a while, and wonderful rhyming prose all giving snippets of factual information.  Backed up by an animal glossary at the back with a bit more detail on the animals mentioned and a little blurb about Charles Darwin explaining why the Galapagos is so important in science. 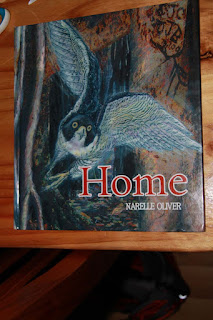 A story about a Peregrine Falcon pair that leave the wild after a bushfire and nest on a city  skyscraper.  Based on a true story, in Brisbane, it shows the adaptability of wildlife in their quest to survive and thrive.  For those that might be disturbed the main story thread once they relocate is the male falcon hunting and bringing back food to the female, with a nice life affirming twist at the end. 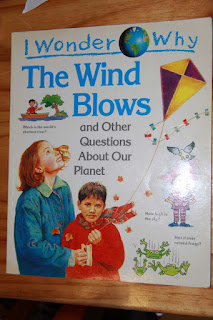 We love the I Wonder Why series over here.
I first made the mistake of trying to read entire pages only to have him zone out with information overload.  Our deal is now that I just read what he points to on a specific page then leave it at that.
I am personally not sold on some of the cartoonish illustration but the facts are interesting and catch attention.  Thankfully enough of the pictures are realistic that I can survive :-)
Posted by Belinda at 06:00