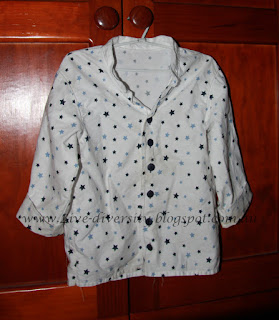 In the last few months Little Tree chose to give up the only consistent sleeping place he remembers and move into the double bed in his room.

Honestly for a while there I thought I might still be putting him in there until he physically couldn't contortion his way in any more.  He was comfortable and honestly there was no pressing reason for him to move, either from his point of veiw or mine, as I had removed the side and put a bed rail on to stop him rolling out when he was safe to get from mattress height to the floor on his own when he was somewhere between 18 months and 2. At just over 3.5 he decided he didn't fit any more so with no fuss, after producing my secret to the first week, dinosnores he now lulls himself to sleep with room to move.

What this meant is that when I went looking for some fabric to experiment with this full cotton cot sheet was available.  The idea for this project came from a full cotton after swim shirt I picked up at the op shop some time ago.  I found it invaluable for those times when he had been out in the sun all morning but he wanted to be outside after lunch too.  Being light but long sleeved I was happy to let him out again and know he wasn't going to get burnt.

Although I loved it it wasn't until a friend bought me Sewing for Boys last year that I started to plot to make a size up as the current one was getting pretty snug. I actually requested the book based on the online look of the "easy linen shirt" pattern where people had made it up.  The problem was although it made the pattern easy I wasn't really into the whole seam up the front move.  The fabrics I own are strongly patterned and I knew myself well enough to know I wasn't going to the trouble to try and pattern match.  Thus the plot to make it button up was born.

In the end it was a very minor tweak to make it work.  I cut it to allow the seam allowance to go from around 2 cm to 4 cm and tapered it back to 2cm, from the original seam point, to the top where it meets the collar.  Being cotton and roomy it doesn't feel hot to wear, it seems, and he loves space right now so the  stars were absolutely the right choice.

I can see a few more of these being added to his wardrobe for the summer when I have the time
Posted by Belinda at 06:00 No comments: 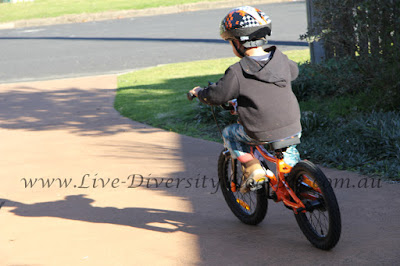 In fact I will be sort of surprised if he doesn't make it there and back.
Posted by Belinda at 21:15 No comments:

Where I live - In the Sky 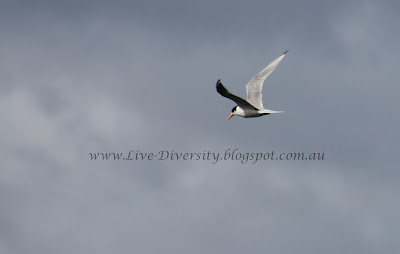 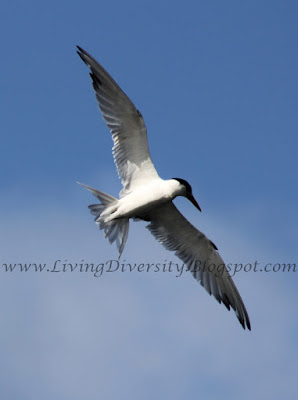 Email ThisBlogThis!Share to TwitterShare to FacebookShare to Pinterest
Labels: Photography, Where I live

Where I Live - On The Water 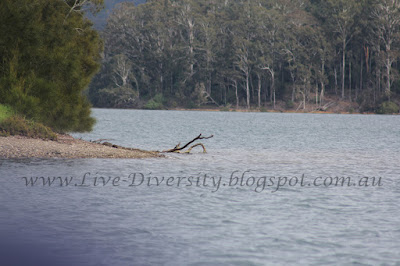 Wagonga Inlet - Narooma, Nsw
Posted by Belinda at 05:30 No comments: